Roger Recommends: Getting Started with Running – Couch to 5K 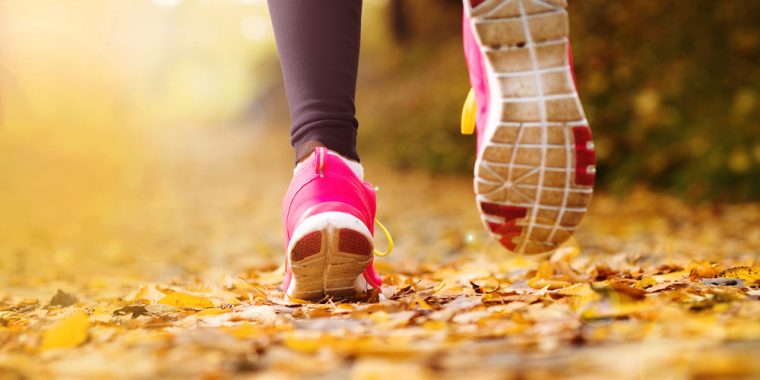 It’s that time of year when the weather is nice enough and the days long enough that people want to be outside more (even without lockdown restrictions!). It is a time when lots of people start thinking about giving jogging or running a go – if this is something you have not done before, or for a while, then a bit of guidance is always helpful, and increasingly most people find the best way to start is a Couch to 5k app.

The principle behind it is great – take a non-exercising Couch Potato, simply add headphones and a pair of trainers and head out the door. The app plays music, and then tells you when to walk, and when to run – in tiny baby steps which slowly increase until after a couple of months you’re able to run 5km – and have got the running bug.

It’s a solid training principle, and it absolutely works.

And there are lots of apps to choose from – if you don’t get on with one, then try another. The NHS couch to 5K programme is where a lot of people start, and has proven to be really popular over the years, but it’s not the only option.
One Sturfit member has written openly about trying many variations:

“…so many C25K programmes – but none of them were for me. I had deep-voiced Americans getting on my nerves with their stupid music choices, higher voiced Americans getting so pumped by telling me how awesome I am that I wanted to punch them in the face. There was the terribly friendly British woman that I just wanted to shake some bloody energy into… And then I stumbled across the Zombies, Run! 5k training. What a difference!
I love the storyline & cast of characters, the perfectly pitched encouragement, I get to pick my own playlist music and every day is a new adventure. Finally – no boredom.”

Laura H, on ‘how she got the exercise habit to stick‘

“It does not matter how ‘fast’ your run/jog is, go at what is comfortable. You are not competing with anyone, you are learning something new. Follow the program with consistency (repeat weeks if missed or not feeling ready to progress) but keep going and you will be well rewarded.”

So if you’re thinking you might like to give running a go, but aren’t sure where to start – or if you have tried it, realised that you couldn’t and thought it’s therefore not for you… try searching for the C25k apps, and give one a go. In two months time you’ll be running 5km without really understanding how you managed it (as an fyi, if you can’t picture 5km, begin at the railway track by the Factory Shop, and you’ll running all the way to where the Hammoon road crosses the railway track, and back again).

Roger has the ‘Leader in Running Fitness’ qualification (LiRF) from UK Athletics, and has been personally running for just over 10 years. He got started using a similar strategy to a C25K program (before it was actually called that!). He joined local club the Dorset Doddlers once he’d got started, and has been taking part in local events since, as well as running several marathons including London and New York.
Roger is Assistant Manager in the Sturfit Gym, and also runs his own personal training company – if you’d like further advice or help, you can get in touch with him on his Mercury Fitness website here.

May 22, 2020 Courtenay Hitchcock No comments

This site uses Akismet to reduce spam. Learn how your comment data is processed.